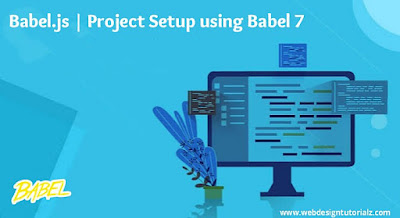 The latest version of Babel, 7 released with changes to the already existing packages. The installation part is the same as it was for Babel 6. The only difference in Babel 7 is that all the packages needs to be installed with @babel/, for example @babel/polyfill, @babel/core, @babel/preset-env, etc.

Execute the following command to start the project setup -

Here is the package.json created - 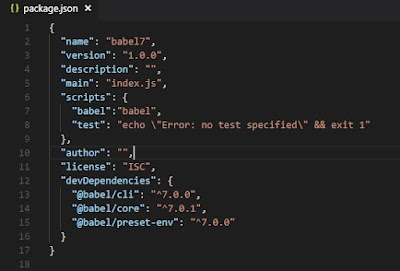 Now we will create a .babelrc file in the root folder -

Create a folder src/ and add file main.js to it and write your code to transpile to es5.

The workings of Babel 7 stays the same as Babel 6. The only difference is the package installation with @babel.

There are some presets deprecated in babel 7. The list is as follows -

We're going to look at one more example of working with typescript and transpile it to Es2015 JavaScript utilizing typescript preset and babel 7.

To work with typescript, we need typescript package to be installed as follows -

Create test.ts file in the scr/ folder and write the code in typescript form -


Alright guys! This is where we are going to be rounding up for this tutorial. In our next tutorial guide, we will be discussing about how to transpile ES6 features to ES5.