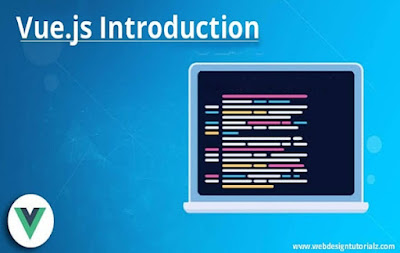 Hello folks! welcome back to a new edition of our Vue.js tutorial. In this tutorial, we will be studying about Vue.js Introduction.

Vue.js is a JavaScript framework for building web user interfaces. Its core part is focused mainly on the view layer and it's very easy to understand. The version of Vue that we are going to use for this tutorial is 2.0.

As Vue is basically built for development of front-end web interfaces, we will deal with a lot of HTML, JavaScript and CSS files in our subsequent tutorial posts. To have a proper understanding of the details, let's begin with a simple example.

In this example, we'll use the development version of vue.js.

When the above example is executed, it will produce the following result -

This is the first app we've created via Vue.js. As seen in the above example, we've added Vue.js at the beginning of the .html file.


There is a div which is included in the body that prints "My first VueJS Task" in the web browser.

We've included a message in a interpolation, i.e. {{}}. This interacts with Vue.js and prints the data in the browser. To get the value of the message in the DOM, we're creating an instance of Vue.js as follows -

If we happened to change the value of the message in the console, the same is going to be reflected in the browser. For example -

In the above console, we have printed the vue_det object, which is an instance of Vue. We're updating the message with 'VueJs is interesting' and the same is changed in the browser instantly as seen in the screenshot above.

This is just a basic example that shows the linking of Vue.js with DOM, and how we can manipulate it. In our up coming tutorials, we will learn about directives, conditional loops, components, etc.


Alright guys! This is where we are going to be rounding up for this tutorial. In our next tutorial, we will be discussing about Vue.js Instances.