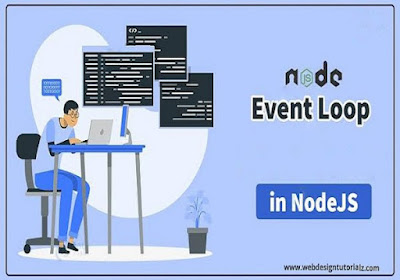 Node.js is a single-threaded application, but it can support concurrency via the concepts of event and callbacks. Every API of Node.js is asynchronous and being single-threaded, they utilize asynchronous function calls to maintain concurrency. Node uses observer pattern. Node.js thread keeps an event loop and whenever a task gets completed, it fires the corresponding event which prompts the event-listerner function to execute.

Node.js makes heavy use of events and it is also one of the reasons why Node.js is very fast compared to other similar frameworks. As soon as Node begins its server, it simply initiates its variables, declares functions and then simply waits for the event to happen.

In an event-driven web application, there is generally a main loop that listen for events, and then trips a callback function when one of those events is detected. 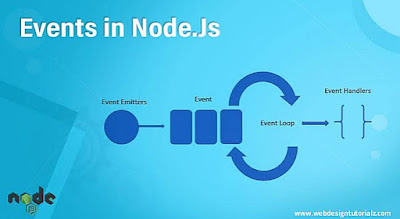 
Although events looks similar to callbacks, the difference lies in the fact that callback functions are called when an asynchronous function returns its result, but event works on the observer pattern. The functions that listen to events act as Observers. Whenever an event gets triggered, its listener function starts executing. Node.js has multiple built-in events obtainable through event module and the EventEmitter class which are used to bind events and event-listeners as shown below -

We can trigger an event programmatically as follows -

Now, let us try running the above code and check its output -

When the above program is executed, it will produce the following result -

Create a js file, main.js having the following code -


Alright guys! This is where we are going to be rounding up for this tutorial. In our next tutorial, we will be studying about Node.js Event Emitter.