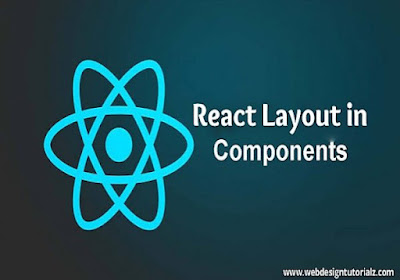 
Below is a fast and simple example having two properties, header and footer -

And the layout render logic is as follows -

Let's add a simple header and footer to our ExpenseEntryItemList component.

Next, make use of header and footer props in the render() method.

Next, open index.js and then include header and footer property while making use of the ExpenseEntryItemList component.

Next, serve the application making use of npm command.

Next, open the web browser and then enter http://localhost:3000 in the address bar and press enter. 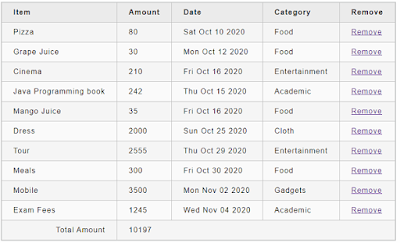 Render props is an advanced feature used to share logic between React components. As we discussed earlier, a component can receive arbitrary user interface (UI) content or React elements using properties. Usually, the component render the React elements it accepts along with its own user interface as we saw in children and layout concept. They do not share any logic between them.

Going one more step further, React allows a component to take a function which returns user interface rather than plain UI object via properties. The sole purpose of the function is to render the UI. Then, the component will perform advanced computation and will call the passed in function along with computed value to render the UI.

In summary, component's property, which accepts a JavaScript function that renders UI is known as Render Props. Components receiving Render Props is going to perform an advanced logic and share it with Render Props, which will render the user interface using the shared logic.

Lot of advanced third-party library are based on Render Props. Some of the libraries using Render Props are -

For example, Formik library component will do the form validation and submission and pass the form design to the calling function aka Render Props. Similarly React Router do the routing logic while delegating the user's design to other components making use of Render Props.


Alright guys! This is where we are going to be rounding up for this tutorial. In our next tutorial, we will be studying about ReactJS Pagination.