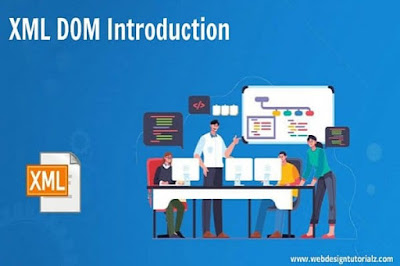 Hello dear readers! we welcome you to our new tutorial series on DOM. In this tutorial, we will to be making a brief introduction to XML DOM.

What is XML DOM?

The Document Object Model (DOM) is a W3C standard. It defines a standard for accessing documents like HTML and XML.

The definition of DOM as put together by W3C is -

The Document Object Model (DOM) is an application programming interface (API) for HTML and XML documents. It defines the logical structure of documents and the way a document is accessed and manipulated.


The Document Object Model (DOM) defines the objects and properties and methods (interface) to access all XML elements. It is separated into three different parts and levels -


XML DOM is the standard object model for XML. XML documents have a hierarchy of informational units called nodes; DOM is a standard programming interface used to describe those nodes and the relationship between them.

An XML DOM also provides an API that lets a developer add, edit, move or remove nodes at any point on the tree in order to create a web application.

Following is the diagram for the DOM structure. The diagram represents that the parser evaluates an XML document as DOM structure by traversing through each node.

Following below are the advantages of XML DOM -