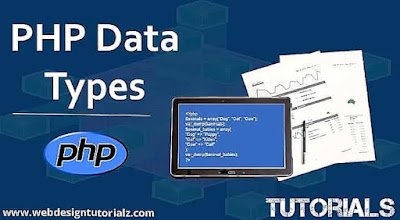 Hello folks! welcome back to a new section of our tutorial on PHP. In this tutorial guide, we will be studying about PHP Variable and Data Types.

The paramount way of storing information in the middle of a PHP program is by using a variable.

Here are the most vital things that you need to know about variables in PHP.


The first five are simple types, and the next two i.e. arrays and objects are compound - The compound types can package up other random values of random type, whereas the simple type can't.

We will explain only the simple types in this post. Arrays and Objects will be discussed in our subsequent tutorials.

Integers can be assigned to variables or can be used in expressions, as follows -

Integers can be in decimal (base 10), octal (base 8), and hexadecimal (base 16) form. Decimal format is the default format, octal integers are specified with a leading 0, and hexedicimals have a leading 0x.

They're like 3.14 or 4.90. By default, doubles prints with the minimum number of decimal places needed.

They have only two possible values, either true or false. PHP makes available a couple of constants primarily for use as Booleans: True and False which can be used as shown below -


Interpreting other Types as Booleans

Each of the the following variables has the truth value embedded in its name when it is used in a Boolean context.

READ: How to Install PHP on Linux/Unix System

It's a unique type with only one value: NULL. To give a variable the NULL value, assign it like this -

The unique data type NULL is capitalized by convention, but actually it's case Insensitive; you could as well type -

A variable that has been assigned NULL has the following properties -

Strings are order of characters for example "PHP has support for string operations".

The following below are valid examples of strings -

READ: How to Install PHP on Mac OS X

There are no artificial limits on string length - within the bound of available memory, you should be able to make random long strings.

Following below are the escape-sequence replacements - 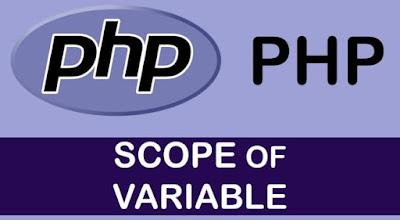 Scope is the range of availability a variable has to the program in which it was declared in. Variables in PHP can be one of the four scope type below -

Following below are the rules for naming a variable -

READ: An Introduction to PHP


Alright guys! This is where we are rounding up for this tutorial post. In our next tutorial guide, we are going to be discussing about the PHP Local Variables