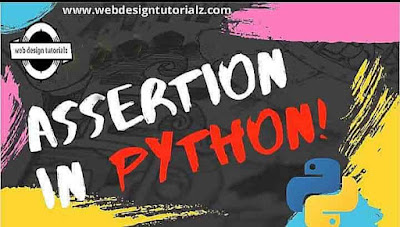 Hello dear readers! welcome back to another section of our tutorial on Python. In this tutorial post, we will be studying about Assertions in Python.

What is an Assertion?

An assertion is a sanity-check that you can turn on or turn off when you are done with your program testing.

The easiest way to think of an assertion is to link it to a raise-if statement (or to be more accurate, a raise-if-not statement). An expression is tested and if the result comes up false, then an exception is raised.


Assertions in Python are carried out by the assert statement, the newest keyword to Python, it was introduced in version 1.5. 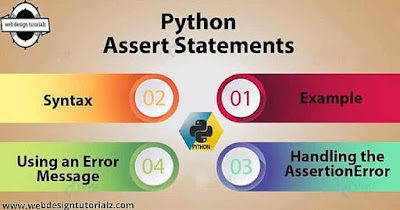 When an assert statement is being encountered, Python evaluates the accompanying expression, which is hopefully true. If the expression is false, then an AssertionError exception is raised by Python.

The syntax for assert statement is -

If the assertion fails, Python uses ArgumentExpression as the code argument for the AssertionError. The AssertionError exceptions can be of course caught and handled like any other exception using the try-except statement, but if it is not handled, they will then terminate the program and then produce a traceback.

Alright guys! This is where we are rounding up for this tutorial post. In our next tutorial, we are going to be discussing about the Object Oriented Programming in Python.