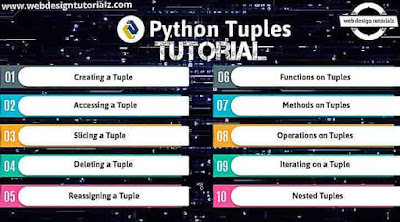 Hello dear readers! welcome back to another edition of our tutorial on Python. In this tutorial post, we are going to be discussing about the Python Tuples.

A tuple is a group of objects which are ordered and fixed. Tuples are sequences just like Python lists. The primary differences between tuples and lists are, tuples can not be changed unlike lists and tuples uses parentheses, but on the other hand lists makes use of square brackets.

Below is a simple example -

The empty tuple is written as two parentheses containing nothing -

In order to write a tuple containing a single value, you have to include a comma, even if only one value is included -

Just like the string indices, tuple indices starts at 0, and they can be sliced, concatenated and so on.

To access values in a tuple, make use of the square brackets to slice along with the index or indices to obtain value available at the index.

Tuples are fixed which means you can't update or change the values of tuple elements, you are able to take portions of the existing tuples to create new tuples.

Removing individual tuple element is not possible. Nothing is wrong with putting together another tuple with the unwanted element being decarded.

In order to completely remove an entire tuple, just make use of the del statement. For example -

This will produce the following output. Note - that an exception is raised, this is because after del tup, tuple does not exist anymore - 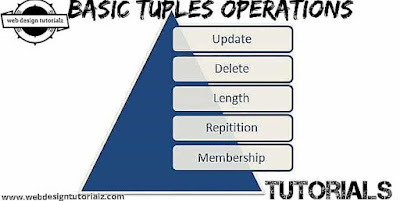 Tuples respond to the + and * operators much like strings. These operators mean concatenation and repetition here too, except that the result is a new tuple, and not a string.

Infact, tuples also responds to all the general sequence operations that we used on strings in the prior chapter -

Forasmuch as Python tuples are sequences, indexing and slicing also work the same way here as they do for strings. Assuming the following input -

Any set of multiple object, comma separated, that is written without identifying symbol i.e. parentheses for tuples, brackets for lists, etc., is going to default to tuple as shown below - 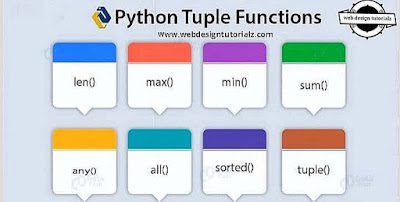 Following below is the list of tuple functions included in Python -

Alright guys! This is where we are rounding up for this tutorial post. In our next tutorial, we are going to be discussing about the Python Tulpe cmp() Method.