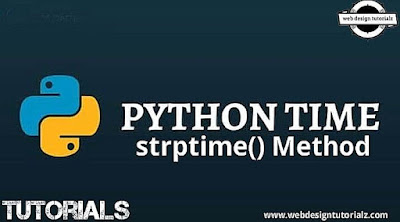 Hello dear readers! Welcome back to another edition of our tutorial on Python. In this tutorial guide, we are going to be studying about the Python Time strptime() method.

Python Time strptime() method parses a string which represents a time according to the format. The return value is a struct_time as it is returned by gmtime() or localtime() method.

The format parameter uses the same directives as those used by the strftime() method. It defaults to "%a %b %d %H:%M:%S %Y" that matches the formatting returned by ctime().

If string can't be parsed according to the format, or if it has excess data after parsing, then ValueError is raised.

It returns a struct_time as returned by gmtime() or localtime().


Alright guys! This is where we are rounding up for this tutorial post. In our next tutorial, we are going to be studying about the Python Time time() method.