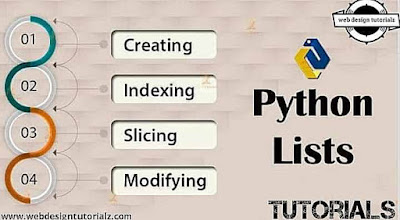 Hello dear readers! Welcome back to another edition of our tutorial on Python. In this tutorial post, we are going to be discussing about the Python Lists.

The most basic data structure in Python is the sequence. Each of the elements of the sequence is assigned a number - It's position or index. The first index is zero, the second index is one, and so forth.

Python has six built-in types of sequences, but the most common ones are the lists and turples, we would only be discussing about the lists in this tutorial. Turples will be discussed in our subsequent tutorials.

The Python sequence types can be used for doing several things. They are as follows; multiplying, adding, slicing, checking for membership. Also, Python has built-in functions that are used for finding the length of a sequence and for finding its largest and smallest elements.

List is the most versatile datatype in Python. It can be written as a list of comma separated values between square brackets. The vital thing about a list is that items in a list need not to be of the same type.

Creating a Python list is as easy as putting various comma separated values into square brackets. Below is an example -

In order to access values in lists, use the square brackets for slicing along with the index or the indices to obtain values available at that index.

You can update a single or multiple elements of lists by giving the slice on the left hand side of the Python assignment operator, and you can add to the elements in a list with the append() method.

To delete a list element, you can use either the del statement if you know exact element(s) you are deleting or the remove() method if you do not know the element you deleting.

Python lists respond to the + and * operators much like strings. These operators means concatenation and repetition here too, except that the result is a new list and not a string.

Infact, lists also responds to all the general sequence operations that we used on strings in our past tutorial on Python Strings.

Since lists are sequences, indexing and slicing work the same way for lists as they do work for strings. 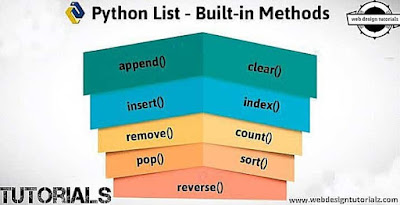 
Alright guys! This is where we are rounding up for this tutorial post. In our next tutorial, we are going to be discussing about the Python Lists cmp() Method.