Python While Loop Tutorial with examples 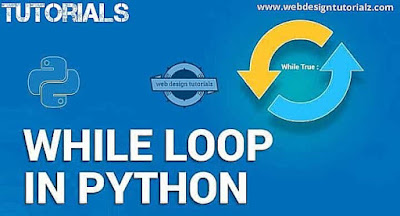 Hello dear readers! Welcome back to another edition of our tutorial on Python. In this tutorial guide, we are going to be discussing about the Python While Loop statement.

A while loop statement in Python will repeatedly execute a target statement provided the condition given is true.

Here, statement(s) may be single statement or block of statements. The condition that is given may be any expression, and true is any non-zero values. The loop iterates while the condition is true.

When the condition that is given becomes false, then the program control passes to the line after the loop.

In Python, all the statements being indented by the same number of character spaces after the Python program construct are regarded to be part of a single block of code. Python uses indentation as its method of grouping statements. 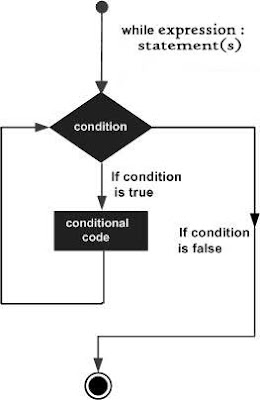 Below is a very short example -

Block here, consisting of a print and an incremental statements, is executed repeatedly until count is no longer less than 9. With each iteration, the current value of the index count is displayed and then increased by 1. 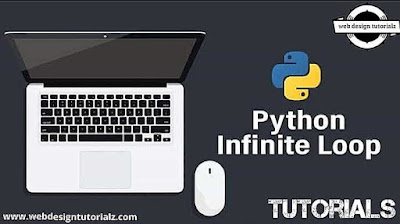 A loop becomes an infinite loop if a condition never becomes false. You ought to apply caution when making use of Python while loops because of the possibility that the condition might never resolve to a FALSE value. This results to a loop that will never end.

An infinite loop might be helpful in client/server programming where server will need to continuously run so that client programs can easily communicate with it when need be.

Below is a short example -

The following below is the output of the above example -

Note: When an infinite loop is been encountered, you will need to use CTRL + C to exit the program.

Using else Statements with Loops

Python has support for the feature of having a Python else statement to be associated with a loop statement.

The example that we have below illustrates the combination of an else statement with a while statement that prints a number as long as it is less than 5, other wise the else statement get executed-

The following below is the output of the above example - 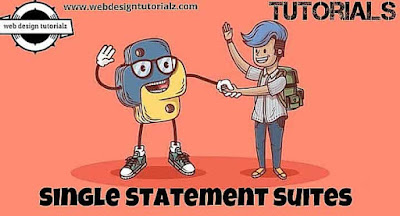 Similar to If statement syntax, if your while loop consist only of a single statement, it may be put on the same line as the while header.

Note: It is better not to try the above example because it will go into an infinite loop and you need to press the CTRL + C key to exit.


Alright guys! This is where we are rounding up for this tutorial. In our next tutorial, we will be discussing about the Python For Loops.