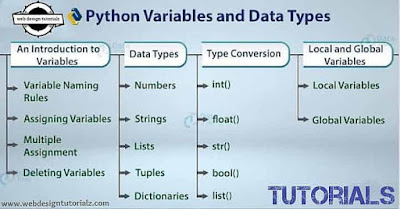 Hello dear readers! Welcome back to another edition of our tutorial on Python. In this tutorial guide, we are going to be discussing about Python variables and data types.

Variables are reserved memory locations used in storing values. This means that when you create a variable, you reserve some space in memory.

Based on data type of a variable, the interpreter allocates memory and decides what can be stored in it. Therefore, by assigning other data types to these variables, you can then store decimals, integers, and characters in these variables.

Variables in Python do not need explicit declaration to reserve the memory location. The declaration just happens automatically when you assign a value to a variable. The equal sign(=) is used to assign values to a variable.

Below is a very brief example -

Here 200, 3000.0 and "Kennedy" are the values that are assigned to counter, miles, and name variables, respectively.

It produces the following output -

Python lets you to assign a single value to multiple variables at the same time. For example -

Here an integer object is created with the value 1, and all the three variables are assigned to the same memory space. You can as well assign multiple objects to multiple variables. For example -


RECOMMENDED POST: How to Setup a Python Development Environment 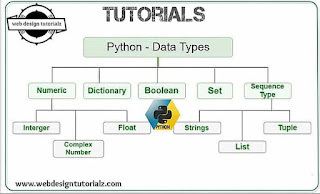 Data stored in a reserved memory can be of different types. For example, a person's age is stored as a numeric value while his/her address is stored as alphanumeric characters. Python has support for various data types that are used to define the operations possible on them and the storage method for each of them.

Strings in Python are identified as contiguous set of characters that are represented in quotes. Python allows either pairs of a single or double quotes. Subsets of strings can be taken by using the slice operator ([] or [:]) with the indexes starting at 0 in the beginning of the string and working their way from -1 at the end.

The plus (+) sign here is the string concate operator and the asterisk (*) is the repetition operator.

Following below is a short example -

The number data types are used for storing numeric values. The number objects are created when you assign a value to them. For example -

You can also delete the reference to a number object by making use the del statement. The syntax of a del statement is -

You can delete a single object or even multiple objects by using the del statement. For example -

Python have support for four types of numerical values -

Following below are few examples - 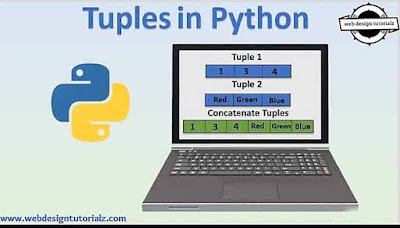 Turple is another sequence that is similar to a list. A turple consists of a number of values which are separated by commas. Turples are enclosed within parentheses.

Below code is invalid with turple, because we attempted to update a turple, which isn't allowed. Similar case is possibe while using lists -

RECOMMENDED POST: Step by step guide on how to Create, read, update and delete a cookie in JavaScript 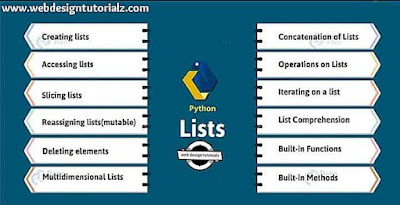 A list contains items separated by commas and then enclosed within square brackets ( [] ). To some extent, lists are similar to arrays in C. Difference between them is that all the items belonging to a list can be of different data type.

The values stored in a list can be accessed using the slice operator ([] and [:]) with indexes starting at 0 in the beginning of the list and working their way to end -1. The (+) sign is the list concatenation operator, and the asterisk (*) is the repetition operator. For example - 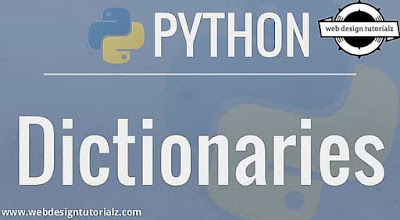 Dictionaries are kind of hash table type. They function like associated arrays or hashes that are found in Perl and consist of key value pairs. A dictionary key can be almost any Python data type, but are usually numbers or strings. Values on the other hand, could be any arbitrary Python object.

Python dictionaries are enclosed with curly braces ({}) and values can be assigned and accessed by square braces ([]). For example -

The Python Dictionaries have no concept of order among elements. It is incorrect to say the elements are "out of order"; they are simply unordered.


RECOMMENDED: How to add JavaScript to Html (JavaScript placement) 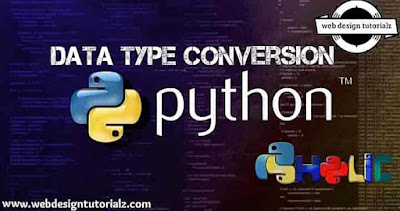 At times you may need to perform conversions between built-in data types. In order to convert between data types, You simply make use of the type name as a function.

There are several built-in functions that are used for performing conversions from one data type to another. These functions returns a new object representing the value converted.

Alright guys! This is where we are rounding up for this tutorial. In our next tutorial, we will be discussing about the Python Basic Operators.