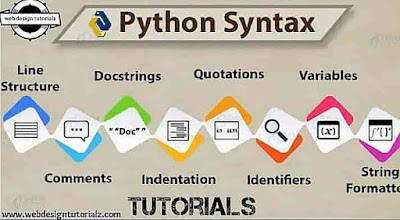 Hello dear readers! Welcome back to another edition of our tutorial on Python. In this tutorial post, we are going to be discussing about the Python Syntax.

The Python language shares many things in common with Java, C and Perl. Nevertheless, there are some major differences between the languages.

Let us now take a look at how to execute programs in the various modes of programming.

Let us now write a simple Python program in a script. The Python files has an extension of .py. Type the following source code in the test.py file -


We assume that you have Python interpreter already set in the PATH variable. Now try running this code as follows -

This above code will produce the following output.


Let us try another way to execute a Python script. The following below is the modified test.py file -


We assume that you have Python interpreter available in the usr/bin directory. Now, try to run the code as follows -


RECOMMENDED POST: How to Setup a Python Development Environment


Type the following text into the Python prompt and press Enter -


If you are running the new version of Python, then you will need to make use of the print statement along with parenthesis as in to print ("Hello, Python!");. However in Python version 2.3.4, this will produce the following output - 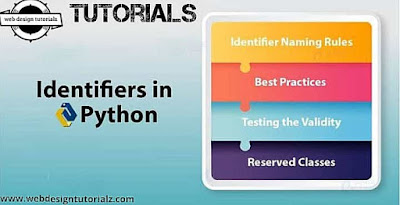 A Python identifier is a name that is used in identifying a variable, module, class or any other objects. It starts with the letter A to Z or even a to z or an underscore (_) followed by zero or more letters, underscores and digits (0 - 9).

Python does not allow punctuation characters such as %, $ and @ within identifiers. Python is a Case Sensitive language, therefore Hello and hello are two different identifiers in Python.

Following below are the naming convention for Python identifiers -

The following table contains a lists of all the Python Keywords. These are reserved words and can not be used as constant or variable or any other identifier name. All of these reserved keywords contains only lowercase.

Python does not provide braces to indicate blocks of code for class and function definitions or flow control. The blocks of code are denoted by line indentation, which is strongly enforced.

The number of the spaces in the indentation variable, but all spaces within the block must be indented. For example -


However the following block below generates an error message -


Thus, in Python all the continues lines indented with same number of spaces is going to form a block. The following example below has various statement blocks -

Statements in Python ends with a new line. Python, however, allows for the use of the line continuation character (\) to indicate that the line should continue.

The following below is a short example -


Statements contained within the {}, [] or () brackets do not need to make use of the line continuation character. For example -

Triple quotes are used to span the string across multiple lines.

Following below are legal - 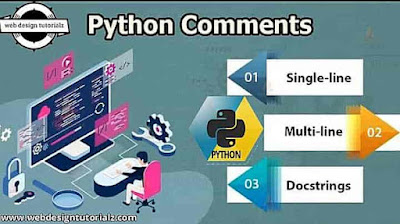 A hash sign (#) that's not inside a string literal begins a comment. All the characters after the # and up to the end of the physical line are part of the comment and is been ignored by the Python interpreter.


This will produce the following output -


The following triple quoted string is also ignored by the Python interpreter and can as well be used as a multi-line comment.

A line containing only whitespace, maybe with a comment, is known as a blank line and Python totally ignores it.

In a Python's interactive interpreter session, to terminate a multiline statement, you must enter an empty physical line.

Waiting for the User

The following line of the program displays the prompt, saying "Press the enter key to exit", and waits for the user to take action -

raw_input("\n\nPress the enter key to exit.")


Here, "\n\n" is used to create two new lines before displaying the actual line. Once the user presses the key, the program ends. This is a nice trick to keep the console window open until the user is done with an application.

A group of individual statements, that makes up a single code block are suites. All those compound or complex statements, such as def, if, while, and class requires a header line and suite.

Header lines begin the statement and ends with a colon and are followed by one or more lines that makes up the suite.

The following below is a short example -

Multiple Statements on a Single Line

Semicolon (;) allows for multiple statements on a single line given that neither statement start a new code block. Following below is a sample snip using the semicolon -

Many programs can run to provide you with some basic data about how they should be run. Python enables you to do this with -h-


You can code your script in such a way that it should accept various options. The Python's Command Line Arguments is an advanced topic that will be discussed in our subsequent tutorials.


Alright guys! This is where we are rounding up for this tutorial. In our next tutorial, we will be discussing about the Python Data Types