The Legacy DOM in JavaScript 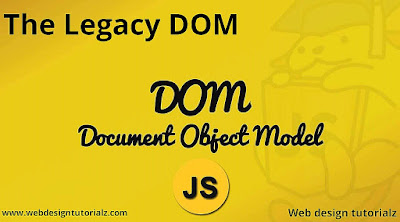 Hello guys! morning and welcome to my tutorial on JavaScript. In my last tutorial i introduced the JavaScript Document Object Models and also listed out the three types of DOM available. I also gave a brief explanation for each of them.

So in this tutorial, i will be discussing about the Legacy Document Object Model in details with an example.

This is a method that was introduced in the early versions of JavaScript language. It is well supported by all browsers, but allows access to only certain key portions of the document, such as forms, form elements, and images.

This model provides several read only properties such as title, URL, and lastModified provides the information about the document as a whole. Apart from that, there are various methods that is provided by this model which can be used to set and get document property values.


You can also read our tutorial post on: JavaScript Math Methods 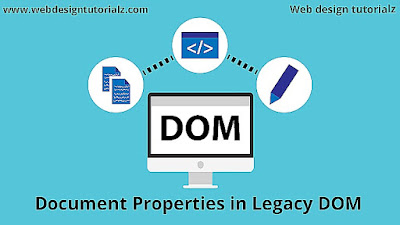 Below is a list of the document properties which can accessed using Legacy DOM.

You can also read our tutorial post on: Learn how to work with core JavaScript Date Properties 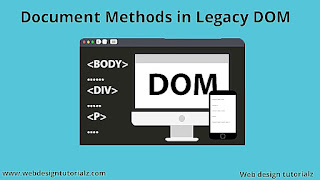 Below is the list of methods supported by the Legacy DOM.

Using the hierarchy and properties given above, we can access the first form element by making use of the document.forms[ 0 ].elements[ 0 ] and so on.

Below is an example to access the document properties using Legacy DOM method.

Below is the output of the above example.

This is main title


Note - This example returns object for forms, as well as elements and we would have to access their values by using those object properties listed above which i won't discuss in this tutorial but will discuss them in future tutorials.

Alright guys! we have come to the end of this tutorial post. In my next tutorial, i will be using an example to discuss the W3C DOM in details.

Feel free to ask your questions via the comment box below and don't forget to follow us on our various social media platforms available.